If You’re In Business, This Is One Award You Don’t Want To Win 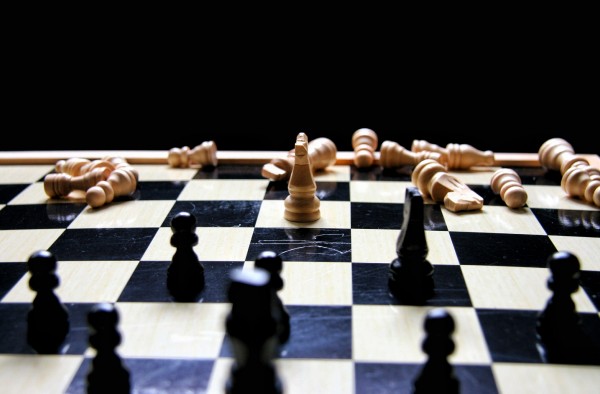 Recently, I stumbled upon an old episode of CBC’s Marketplace (October 2014) on YouTube where they were searching for Canada’s “Dumbest Charge.” After speaking with Canadians across the country, they narrowed the results down to five contenders for this “notable” honour: paying fees for paper bills and bank statements, Touch-Tone phone service, ATM usage, airline seat selection, and Ticket Master purchases.

Tens of thousands voted, and the winner (or loser, in fact) was Bell Canada and those annoying Touch-Tone fees, which was nominated by Selma Schachner (41.8 percent of voters agreed). It turned out that Bell Canada charged $2.80 per landline for Touch-Tone fees and that brought in more than $80 million in 2013 alone.

When speaking with a Bell Canada employee, Schachner said, “You people are bandits. It’s a money grab because in this day and age, you have no choice but to use Touch-Tone services.” The Bell employee agreed with her and even offered to vote for her on this “dumb charge.”

Ultimately, Marketplace showcased how some of Canada’s largest corporations are nickel and diming Canadians (and note, these problems are not exclusive to Canada) and not caring about their customers. However, the big thing I noticed was that not one entrepreneur or small business owner was nominated for this dubious award. Obviously, the outcome would have been severe – the business would be shut down!

So why can’t big business take a page from the entrepreneur’s handbook and consider how to keep customers satisfied…or go a step further and create a WOW customer experience?

Well, Bell Canada tried – in a very underhanded way – to make customers happy. In 2015, they removed the $2.80 Touch-Tone fee from the bill, however, at the same time increased the landline fee by $2.80, effectively burying the charge.

When it comes to standing out, customer experience can be a huge differentiator. As a small business owner or entrepreneur – or even a large corporation – what can you do differently that will wow your customer? If you hear of a complaint, make it better…don’t wait until you’re called out on a national program. That’s not the kind of publicity you want.

Take some time to see what your competition is doing, then find ways to do it better, add more value, or make it easier to buy or work with you.

Listen to your customers. What are they asking for? What bothers them? How can you help solve their problems or make life a bit easier?

And tune in to the conversations going on around you and through various social media channels. One comment about an issue in another industry – or another country – may give you that aha moment to take your offerings to new heights.

Get Your FREE Guide!

Want To Use This Article On Your Ezine/Blog/Site?

You're welcome to share this article. When you do, please include this complete blurb with it:

Susan Regier, owner of Vantage One Writing, is an in-demand copywriter, marketing strategist, and business breakthrough specialist to ambitious entrepreneurs who want to have a profitable business they are passionate about. She has the uncanny ability to find the hidden gems in a business that can ignite sales and profits for her clients. Claim your free guide: 15 Tips to Increase Your Influence, Attract More Clients & Make More Money at SusanRegier.com.